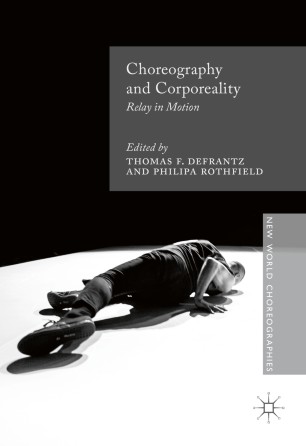 Dance travels as does thought about dance. This book renews thinking about the moving body by drawing on dance practice and performance from across the world. Eighteen internationally recognised scholars show how dance can challenge our thoughts and feelings about our own and other cultures, our emotions and prejudices, and our sense of public and private space. In so doing, they offer a multi-layered response to ideas of affect and emotion, culture and politics, and ultimately, the place of dance and art itself within society.

The chapters in this collection arise from a number of different political and historical contexts. By teasing out their detail and situating dance within them, art is given a political charge. That charge is informed by the work of Michel Foucault, Stuart Hall, Gilles Deleuze, Jacques Derrida, Rancière and Luce Irigaray as well as their forebears such as Spinoza, Plato and Freud. Taken together, Choreography and Corporeality: RELAY in Motion puts thought into motion, without forgetting its origins in the social world.

Philipa Rothfield is an honorary staff member in philosophy at La Trobe University, Australia. She has an intermittent dance practice, having worked with Russell Dumas (Dance Exchange) and Alice Cummins (Footfall Ensemble). She is a co-convener of the Choreography and Corporeality working group (IFTR). She is dance reviewer for RealTime Magazine, Momm Magazine, Korea and head of the Editorial Board for the Dancehouse Diary. She is also Creative Advisor for Dancehouse, Melbourne.