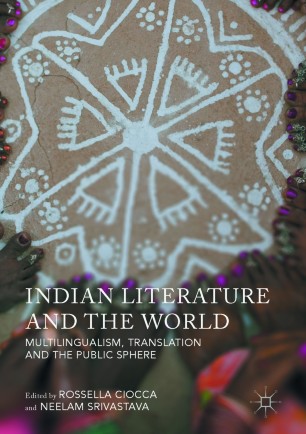 Indian Literature and the World

Multilingualism, Translation, and the Public Sphere

This book is about the most vibrant yet under-studied aspects of Indian writing today. It examines multilingualism, current debates on postcolonial versus world literature, the impact of translation on an “Indian” literary canon, and Indian authors’ engagement with the public sphere. The essays cover political activism and the North-East Tribal novel; the role of work in the contemporary Indian fictional imaginary; history as felt and reconceived by the acclaimed Hindi author Krishna Sobti; Bombay fictions; the Dalit autobiography in translation and its problematic international success; development, ecocriticism and activist literature; casteism and access to literacy in the South; and gender and diaspora as dominant themes in writing from and about the subcontinent. Troubling Eurocentric genre distinctions and the split between citizen and subject, the collection approaches Indian literature from the perspective of its constant interactions between private and public narratives, thereby proposing a method of reading Indian texts that goes beyond their habitual postcolonial identifications as “national allegories”.

Rossella Ciocca is Professor of English and Anglophone Literatures at the University of Naples “l’Orientale”, Italy. She has worked on early modern literature and culture, Shakespeare, colonial and post-colonial history and literature. Her recent works include essays on the Partition of India, Mumbai novels and Tribal literature. She has co-edited Indiascapes: Images and Words from Globalised India (2008) and Parole e culture in movimento La città e le tecnologie mobili della comunicazione (2014). She is currently co-editing a new project with Sanjukta Das Gupta, titled Out of Hidden India: Adivasi Histories, Stories, Visualities and Performances.
Neelam Srivastava is Senior Lecturer in Postcolonial Literature at Newcastle University, UK. She is the co-editor of The Postcolonial Gramsci (2012), and the author of Secularism in the Postcolonial Indian Novel (2008). She has published widely on contemporary Indian literature, Frantz Fanon, and anti-colonial cinema. She is completing a book on the cultural history of Italian imperialism and transnational anti-colonial networks. Between 2008 and 2011, she coordinated an international collaboration funded by the Leverhulme Trust, entitled “Postcolonial Translation: The Case of South Asia”.