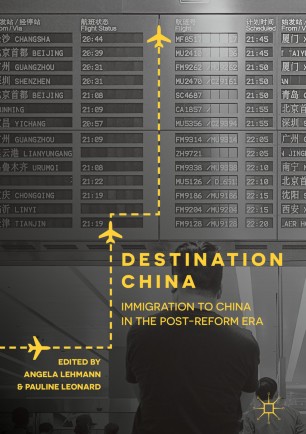 Immigration to China in the Post-Reform Era

This book is a compelling account of China’s response to the increasing numbers of ‘foreigners’ in its midst, revealing a contradictory picture of welcoming civility, security anxiety and policy confusion. Over the last forty years, China’s position within the global migration order has been undergoing a remarkable shift. From being a nation most notable for the numbers of its emigrants, China has increasingly become a destination for immigrants from all points of the globe. What attracts international migrants to China and how are they received once they arrive? This timely volume explores this question in depth. Focusing on such diverse migrant communities as African traders in Guangzhou, Japanese call center workers in Dalian, migrant restaurateurs in Shanghai, marriage migrants on the Vietnamese borderlands, South Korean parents in Beijing, Europeans in Xiamen and Western professionals in Hong Kong, as well as the booming expansion of British and North American English language teachers across the nation, the accounts offered here reveal in intimate detail the motivations, experiences, and aspirations of the diversity of international  migrants in China.

Angela Lehmann is Assistant Professor of Sociology at The University of Xiamen, China. Her research focuses on migration into China and urban change. Her ethnographic study into expatriates living in China was published as Transnational Lives in China: Expatriates in a Globalizing City by  in 2014.
Pauline Leonard is Professor of Sociology in the School of Social Sciences, University of Southampton, United Kingdom. She has published extensively on privileged migration, including Expatriate Identities in Postcolonial Organizations: Working Whiteness (2010) and Migration, Space and Transnational Identities: The British in South Africa (2014).