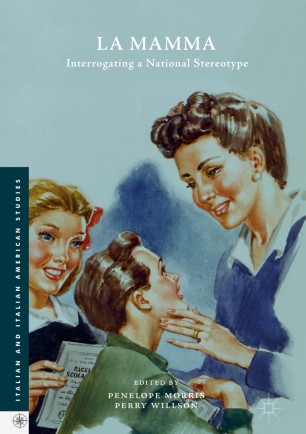 The idea of the “mamma italiana” is one of the most widespread and recognizable stereotypes in perceptions of Italian national character both within and beyond Italy. This figure makes frequent appearances in jokes and other forms of popular culture, but it has also been seen as shaping the lived experience of modern-day Italians of both sexes, as well as influencing perceptions of Italy in the wider world. This interdisciplinary collection examines the invented tradition of mammismo but also contextualizes it by discussing other, often contrasting, ways in which the role of mothers, and the mother-son relationship, have been understood and represented in culture and society over the last century and a half, both in Italy and in its diaspora.

Perry Willson is Professor of Modern European History at the University of Dundee, Scotland, UK. Her previous publications include Women in Twentieth-Century Italy (Palgrave, 2010); Peasant Women and Politics in Fascist Italy: the Massaie Rurali (2002) and The Clockwork Factory: Women and Work in Fascist Italy (1993).

“The book is essential reading for anyone interested in modern Italy, and in motherhood or gender more broadly; it complements recent work on the representation of mothers and motherhood in Italian culture by providing a very wide-ranging and thorough analysis and critique of the historical and cultural dynamics that underpin Italy’s postwar preoccupations with gender and family.” (Danielle Hipkins, Italian American Review, Vol. 10 (2), 2020)