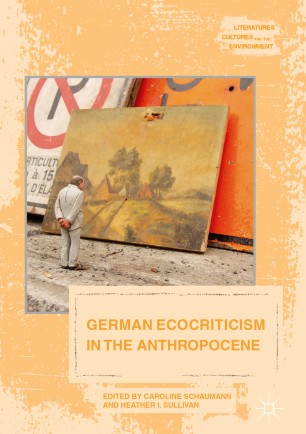 German Ecocriticism in the Anthropocene

This book offers essays on both canonical and non-canonical German-language texts and films, advancing ecocritical models for German Studies, and introducing environmental issues in German literature and film to a broader audience. This volume contextualizes the broad-ranging topics and authors in terms of the Anthropocene, beginning with Goethe and the Romantics and extending into twenty-first-century literature and film. Addressing the growing need for environmental awareness in an international humanities curriculum, this book complements ecocritical analyses emerging from North American and British studies with a specifically German Studies perspective, opening the door to a transnational understanding of how the environment plays an integral role in cultural, political, and economic issues.

Caroline Schaumann is Associate Professor of German Studies at Emory University, USA. She is the author of Memory Matters: Generational Responses to Germany’s Nazi Past in Recent Women’s Literature and co-editor of Heights of Reflection: Mountains in the German Imagination from the Middle Ages to Twenty-First Century.

Heather I. Sullivan is Professor of German and Comparative Literature at Trinity University, Texas, USA. She co-edited The Early History of Embodied Cognition, has been a contributing editor to publications such as New German Critique, Colloquia Germanica, and ISLE, and is author of The Intercontextuality of Self and Nature in Ludwig Tieck’s Early Works.