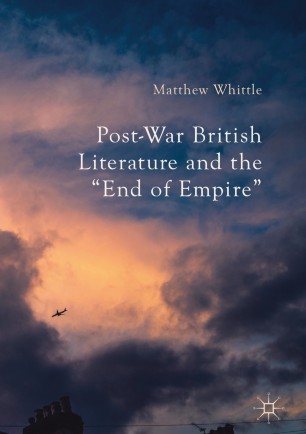 Post-War British Literature and the "End of Empire"

This book examines literary texts by British colonial servant and settler writers, including Anthony Burgess, Graham Greene, William Golding, and Alan Sillitoe, who depicted the impact of decolonization in the newly independent colonies and at home in Britain. The end of the British Empire was one of the most significant and transformative events in twentieth-century history, marking the beginning of a new world order and having an indelible impact on British culture and society. Literary responses to this moment by those from within Britain offer an enlightening (and often overlooked) exploration of the influence of decolonization on received notions of “race” and class, while also prefiguring conceptions of multiculturalism. As Matthew Whittle argues in this sweeping study, these works not only view decolonization within its global context (alongside the aftermath of the Second World War, the rise of America, and mass immigration) but often propose a solution to imperial decline through cultural renewal.

Matthew Whittle is a Teaching Fellow in Contemporary and Postcolonial Literature at the University of Leeds, UK. He has published journal articles and book chapters on post-war British and Caribbean literature, decolonization, postcolonial studies, and contemporary art.

“Post-War British Literature and the ‘End of Empire’ makes a useful intervention in the study of English writing in the post-war period, shedding light on how empire was represented by some of its most critical servants at a time of intense change.” (John Brannigan, Modern Language Review, Vol. 114 (4), October, 2019)
Buy options