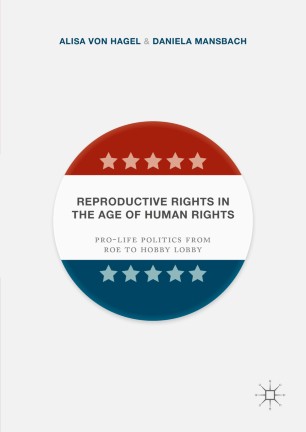 Reproductive Rights in the Age of Human Rights

This book traces the development of the discourse used by the pro-life movement since the 1970s, and its relationship to public policy efforts at the state and federal level. The pro-life movement’s successes, both in legislative efforts to limit access to abortion as well changing the public’s perception of the pro-life movement, is surprising given American’s continued support of some level of access to abortion. Using a multi-method approach, the authors argue that these successes are a result of a dynamic and responsive movement, which has adapted both its discourse and public policy efforts since Roe v. Wade. With the Hobby Lobby ruling in 2014, the movement has successfully created its newest strategy, integrating claims of religious liberty to protect individuals and corporate entities. The book’s examination of the pro-life strategy highlights its current and future impact on human rights, reproductive rights, and right-wing politics.