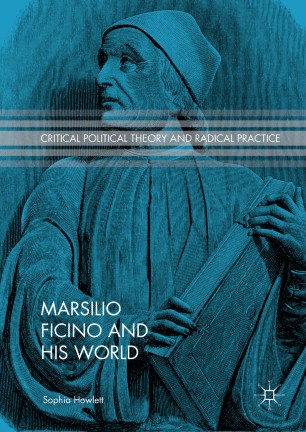 Marsilio Ficino and His World

This book makes the case for Marsilio Ficino, a Renaissance philosopher and priest, as a canonical thinker, and provides an introduction for a broad audience.  Sophia Howlett examines him as part of the milieu of Renaissance Florence, part of a history of Platonic philosophy, and as a key figure in the ongoing crisis between classical revivalism and Christian belief.  The author discusses Ficino’s vision of a Platonic Christian universe with multiple worlds inhabited by angels, daemons and pagan gods, as well as our own distinctive role within that universe - climbing the heights to talk with angels yet constantly confused by the evidence of our own senses. Ficino as the “new Socrates” suggests to us that by changing ourselves, we can change our world.