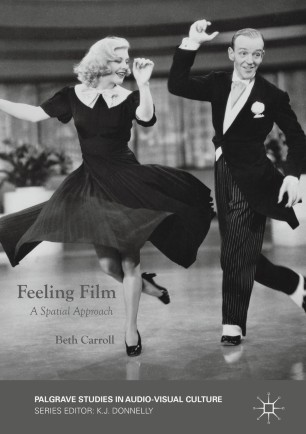 This book questions the de facto dominance of narrative when watching films. Using the film musical as a case study, this book explores whether an alternative spatial understanding of film can offer alternative readings to narrative. For instance, how do film aesthetics influence our interaction with the film? Can camera movement and music make us ‘feel’ cinema? Can the film world bleed into our own? Utilising film musicals ranging from those by Fred Astaire and Ginger Rogers to von Trier’s Dancer in the Dark (2000), Feeling Film: A Spatial Approachinvestigates how we might go about understanding the audience's spatial relationship with film aesthetics, what it might look like, and the tools needed to conduct analysis.

Beth Carroll is a Lecturer in Film and Literature in the English and Film departments at the University of Southampton, UK. Her research interests include space, musicals, music, gestalt theory, haptics, disgust and video games. She has recently published a chapter on the Pet Shop Boys in Today’s Sounds for Yesterday’s Films: Making Music for Silent Cinema (Palgrave, 2016)