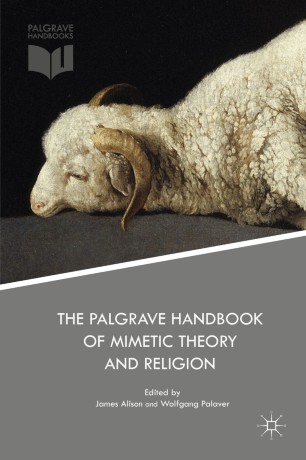 The Palgrave Handbook of Mimetic Theory and Religion

The Palgrave Handbook of Mimetic Theory and Religion draws on the expertise of leading scholars and thinkers to explore the violent origins of culture, the meaning of ritual, and the conjunction of theology and anthropology, as well as secularization, science, and terrorism.  Authors assess the contributions of René Girard’s mimetic theory to our understanding of sacrifice, ancient tragedy, and post-modernity, and apply its insights to religious cinema and the global economy. This handbook serves as introduction and guide to a theory of religion and human behavior that has established itself as fertile terrain for scholarly research and intellectual reflection.

James Alison, priest, theologian, and author, is a Fellow of Imitatio. He has been working with Girard’s thought since 1985 and has contributed to the field with a number of books, most recently the adult catechetical course “Jesus the Forgiving Victim.”

Wolfgang Palaver is Professor of Catholic Social Thought at the University of Innsbruck. From 2007 to 2011 he was president of the Colloquium on Violence and Religion. Recent publications: René Girard's Mimetic Theory (2013); The European Wars of Religion (2016).