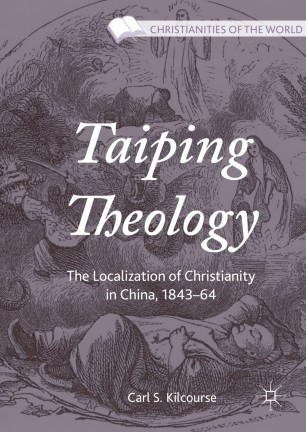 The Localization of Christianity in China, 1843–64

Part of the Christianities of the World book series (CHOTW)

This book examines the theological worldview of the Taiping Rebellion (1850–64), a Chinese revolutionary movement whose leader, Hong Xiuquan (1814–64), claimed to be the second son of God and younger brother of Jesus. Despite the profound impact of Christian books on Hong’s religious thinking, previous scholarship has neglected the localized form of Christianity that he and his closest followers created. Filling that gap in the existing literature, this book analyzes the localization of Christianity in the theology, ethics, and ritual practices of the Taipings. Carl S. Kilcourse not only reveals how Confucianism and popular religion acted as instruments of localization, but also suggests that several key aspects of the Taipings’ localized religion were inspired by terms and themes from translated Christian texts. Emphasizing this link between vernacularization and localization, Kilcourse demonstrates both the religious identity of the Taipings and their wider significance in the history of world Christianity.

“Taiping Theology achieves its author’s aim of presenting the religious beliefs of the Taiping movement as a form of localized Chinese Christianity. … It will be useful reading for specialists and advanced students in modern history, Chinese religions, and Christian missions and world Christianity.” (Ryan Dunch, China Review International, Vol. 23 (4), 2016)​
Buy options