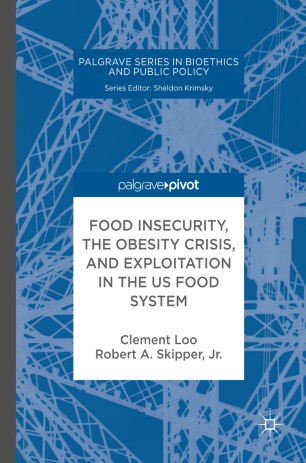 Food Insecurity, the Obesity Crisis, and Exploitation in the US Food System

This book argues that the factors contributing to obesity as a product of food insecurity have risen largely from the exploitation of vulnerable communities. In the past, food insecurity has been understood as primarily a matter of famine, hunger, and undernutrition. Such an understanding is no longer accurate: food insecurity is now also associated with obesity, the rates of which have increased dramatically in the past thirty years, particularly among lower-income communities and communities of color. This is likely the result of changes in the food system, including the reduction of access to fresh produce. Governments and intergovernmental bodies are therefore justified in more vigorously and directly intervening in the food system to ensure that communities have access to foods that contribute to better public health outcomes.