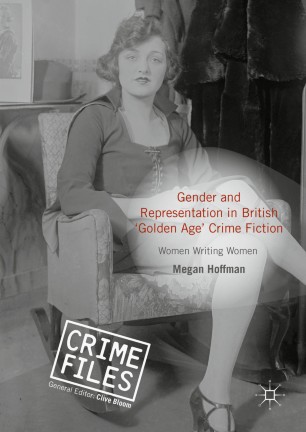 This book provides an original and compelling analysis of the ways in which British women’s golden age crime narratives negotiate the conflicting social and cultural forces that influenced depictions of gender in popular culture in the 1920s until the late 1940s. The book explores a wide variety of texts produced both by writers who have been the focus of a relatively large amount of critical attention, such as Agatha Christie, Dorothy L. Sayers and Margery Allingham, but also those who have received comparatively little, such as Christianna Brand, Ngaio Marsh, Gladys Mitchell, Josephine Tey and Patricia Wentworth. Through its original readings, this book explores the ambivalent nature of modes of femininity depicted in golden age crime fiction, and shows that seemingly conservative resolutions are often attempts to provide a ‘modern-yet-safe’ solution to the conflicts raised in the texts.

Megan Hoffman holds a PhD in English Literature from the University of St Andrews, UK. Her publications include a chapter entitled “Assuming Identities: Strategies of Drag in Laurie R. King’s Mary Russell Series” in Murdering Miss Marple: Essays on Gender and Sexuality in the New Golden Age of Women’s Crime Fiction ( 012) and article entries in 100 American Crime Writers (2012) and 100 British Crime Writers (2016).

“The 1920s-40s were a time of great change for woman, politically, socially and career wise, which Hoffman succinctly summarises at the start of her book. … I really enjoyed this book. Hoffman’s readings of texts were consistently detailed and engaging, helping me to look at familiar stories in a new light. I also liked her writing style (a crucial element in a literary criticism book), as she was enjoyable to read and informative … .” (crossexaminingcrime, crossexaminingcrime.wordpress.com, July, 2016)