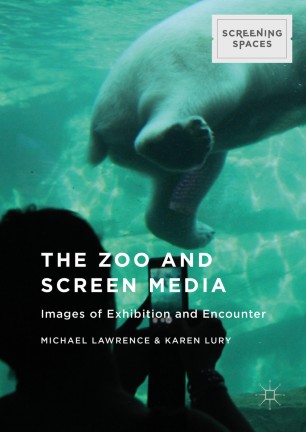 The Zoo and Screen Media

Images of Exhibition and Encounter

This book is the first critical anthology to examine the controversial history of the zoo by focusing on its close relationship with screen media histories and technologies. Individual chapters address the representation of zoological spaces in classical and contemporary Hollywood cinema, documentary and animation, amateur and avant-garde film, popular television and online media. The Zoo and Screen Media: Images of Exhibition and Encounter provides a new map of twentieth-century human-animal relations by exploring how the zoo, that modern apparatus for presenting living animals to human audiences, has itself been represented across a diverse range of moving image media.

Michael Lawrence is Lecturer in Film Studies at the University of Sussex, UK. He is the author of Sabu and the co-editor, with Laura McMahon, of Animal Life and the Moving Image.

Karen Lury is Professor of Film and Television Studies at the University of Glasgow, UK and the author of The Child in Film: Tears, Fears and Fairytales. She is an editor of the international film and television studies journal, Screen.