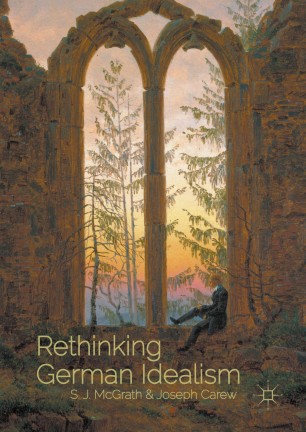 The ‘death’ of German Idealism has been decried innumerable times since its revolutionary inception, whether it be by the 19th-century critique of Western metaphysics, phenomenology, contemporary French philosophy, or analytic philosophy. Yet in the face of two hundred years of sustained, extremely rigorous attempts to leave behind its legacy, German Idealism has resisted its philosophical death sentence. For this exact reason it is timely to ask: What remains of German Idealism? In what ways does its fundamental concepts and texts still speak to us?
Drawing together new and established voices from scholars in Kant, Fichte, Hegel, and Schelling, this volume offers a fresh look at this time-honoured tradition. It uses a myriad of recently developed conceptual tools to present new and challenging theories of its now canonical figures.

Joseph Carew is a PhD Candidate in Philosophy at McGill University and an emerging figure in German Idealist studies. He is the author of Ontological Catastrophe: Zizek and the Paradoxical Metaphysics of German Idealism (Open Humanities Press, 2014).

S.J. McGrath is a Professor of Philosophy at Memorial University of Newfoundland. He is an internationally recognized specialist in the philosophy of religion and the history of philosophy. His most recent book is The Dark Ground of Spirit: Schelling and the Unconscious (Routledge, 2012).