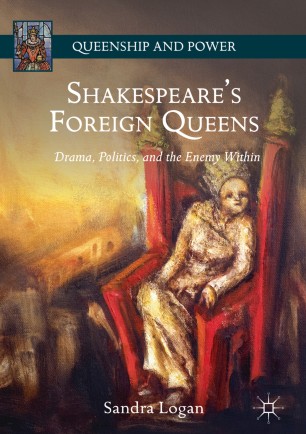 Drama, Politics, and the Enemy Within

This book examines Shakespeare’s depiction of foreign queens as he uses them to reveal and embody tensions within early modern English politics. Linking early modern and contemporary political theory and concerns through the concepts of fragmented identity, hospitality, citizenship, and banishment, Sandra Logan takes up a set of questions not widely addressed by scholars of early modern queenship. How does Shakespeare’s representation of these queens challenge the opposition between friend and enemy that ostensibly defines the context of the political? And how do these queens expose the abusive potential of the sovereign? Focusing on Katherine of Aragon in Henry VIII, Hermione in The Winter’s Tale, Tamora in Titus Andronicus, and Margaret in the first history tetralogy, Logan considers them as means for exploring conditions of vulnerability, alienation, and exclusion common to subjects of every social position, exposing the sovereign himself as the true enemy of the state.