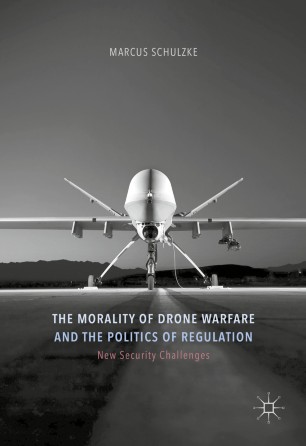 The Morality of Drone Warfare and the Politics of Regulation

The book discusses the moral and legal issues relating to military drones, focusing on how these machines should be judged according to the principles of just war theory. It not only considers existing drones like the Predator and Reaper but also evaluates the many types of drones in development. It finds that drones are not only morally justifiable but that they have the potential to improve compliance with the principles of just war and international law. Realizing this potential depends on developing a sound regulatory framework, which the book helps to develop by considering what steps governments and military forces should take to promote ethical drone use. It also critically evaluates the arguments against drones to show which should be abandoned and which raise valid concerns that can inform regulations.

Marcus Schulzke is Lecturer in International Relations at the University of York, UK. He received his PhD in Political Science from the University at Albany, State University of New York, US, in 2013 with a dissertation on how soldiers make ethical decisions during counterinsurgency operations. His research focuses on the ethical challenges of conflict.