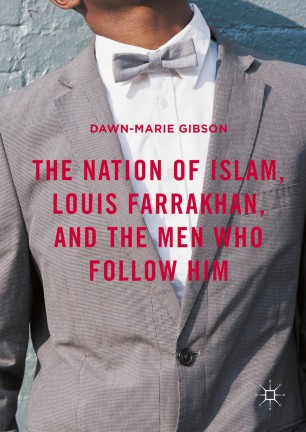 The Nation of Islam, Louis Farrakhan, and the Men Who Follow Him

This book examines the varied ways in which Minister Farrakhan’s Resurrected Nation of Islam appeals to men from different backgrounds. Dawn-Marie Gibson investigates a number of themes including faith, family, and community, making use of archival research and engaging in-depth interviews. The book considers the multifaceted ways in which men encounter the Nation of Islam (NOI) and navigate its ethics and gender norms. Gibson describes and dissects the factors that attract men to the NOI, while also considering the challenges that these men confront as new converts. She discusses the various inter-faith and community outreach efforts that men engage in and assesses their work with both their Christian and Muslim counterparts. To conclude its discussion, the book takes a look at the NOI’s 2015 Justice or Else March to commemorate the twentieth anniversary of the Million Man March in Washington, DC.