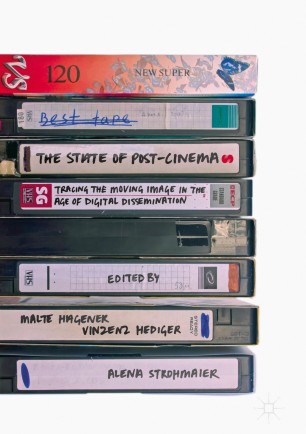 Tracing the Moving Image in the Age of Digital Dissemination

This book approaches the topic of the state of post-cinema from a new direction. The authors explore how film has left the cinema as a fixed site and institution and now appears ubiquitous - in the museum and on the street, on planes and cars and new digital communication platforms of various kinds. The authors investigate how film has become more than cinema, no longer a medium that is based on the photochemical recording and replay of movement. Most often, the state of post-cinema is conceptualized from the "high end" of the most advanced technology; discussions usually focus on performance capture and digital 3-D, 4-K projection and industrial light & magic. Here, the authors' approach is focused on the "low-end" of the circulation of filmic images. This includes informal networks of exchange and transaction, such as p2p-networks, video platforms, so called “piracy” with a special focus on the Middle East and North Africa, where political and social transformations make new forms of circulation and presentation particularly visible.

Malte Hagener is professor for film at Philipps-Universität Marburg. Recent publications include Moving Forward, Looking Back: The European Avant-garde and the Invention of Film Culture (2007), Film Theory: An Introduction through the Senses(2010, with T. Elseasser) and The Emergence of Film Culture (2014, as editor).
Vinzenz Hediger is a professor of cinema studies at Gothe Universität Frankfurt. He is the founding editor of the Zeitschrift für Medienwissenschaft and one of the co-founders of the European Network of Cinema Studies (NECS).
Alena Strohmaier is a Research Fellow in the BMBF research network "Re-Configurations". She is currently a member of the NECS Steering Committee and in the editorial team of META Journal.