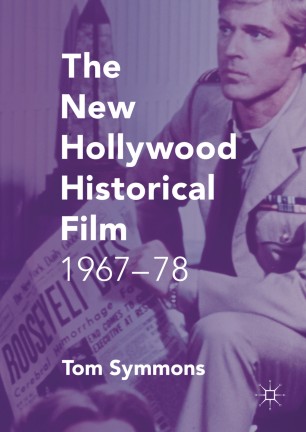 The New Hollywood of the late 1960s and 1970s is among the most influential periods in the history of film. It was a time of unprecedented creative risks, as the myths and moral certainties of 'old Hollywood' collided with the subversive and questioning stance of a new wave of young and talented practitioners. As the fault lines of the Vietnam War, Civil Rights Movement and the Watergate scandal shook America to its core; films expressed a profound sense of uncertainty, change and possibility.

Long one of Hollywood's most popular genres, a new wave of historical films thrived in the era of New Hollywood. The New Hollywood Historical Film: 1967-78 explores new directions and perspectives considering iconic films; American Graffiti (1973), The Dirty Dozen (1967), Grease (1978) and The Way We Were (1973), as well as lesser known gems, such as Sounder (1973) and The Day of the Locust (1975). Based on original research, Tom Symmons analyses their production and reception, examining how the past depicted on film was profoundly shaped by the controversies and concerns of the present.