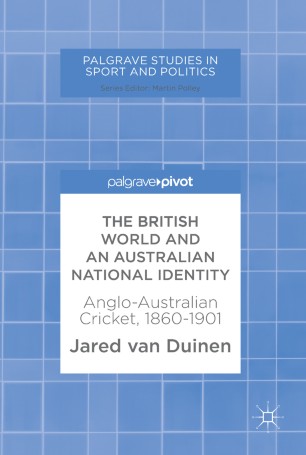 The British World and an Australian National Identity

This book explores the dynamics of Anglo-Australian cricketing relations within the ‘British World’ in the late nineteenth and early twentieth centuries. It explores what these interactions can tell us about broader Anglo-Australian relations during this period and, in particular, the evolution of an Australian national identity. Sport was, and is, a key aspect of Australian culture. Jared van Duinen demonstrates how sport was used to rehearse an identity that would then emerge in broader cultural and political terms. Using cricket as a case study, this book contributes to the ongoing historiographical debate about the nature and evolution of an Australian national identity.