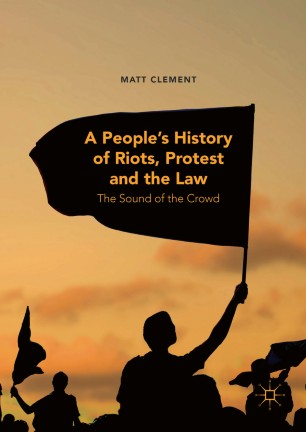 A People’s History of Riots, Protest and the Law

The Sound of the Crowd

This book examines how movements from below pose challenges to the status quo. The 2010s have seen an explosion of protest movements, sometimes characterised as riots by governments and the media. But these are not new phenomena, rather reflecting thousands of years of conflict between different social classes. Beginning with struggles for democracy and control of the state in Athens and ancient Rome, this book traces the common threads of resistance through the Middle Ages in Europe and into the modern age.
As classes change so does the composition of the protestors and the goals of their movements; the one common factor being how groups can mobilise to resist unbearable oppression, thereby developing a crowd consciousness that widens their political horizons and demonstrates the possibility of overthrowing the existing order. To appreciate the roots and motivations of these so-called deviants the author argues that we need to listen to the sound of the crowd. This book will be of interest to researchers of social movements, protests and riots across sociology, history and international relations.