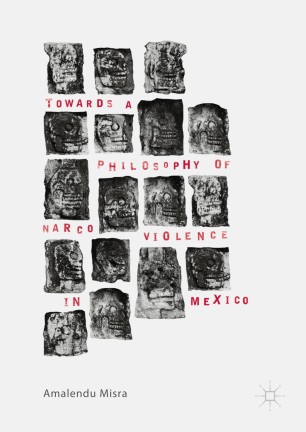 Towards a Philosophy of Narco Violence in Mexico

This book explores the politics of narco-killing and public attitudes to violence and death in the Mexican Drug War. It examines questions such as the culture of human sacrifice, the religious principles that sanction egregious violence and most importantly the society’s complex response strategies towards such violence. Primarily a philosophical reflection, this study nonetheless uses anthropological, architectural and sociological methods to provide an interdisciplinary explanation to the visceral, commonplace violence taking place in contemporary Mexico.

Amalendu Misra teaches at Lancaster University, UK and  the University of Lisbon, Portugal. His previous works include The Landscape of Silence: Sexual Violence Against Men in War (2015); Politics of Civil Wars (2009); Afghanistan: The Labyrinth of Violence (2004); and Identity & Religion (2004).