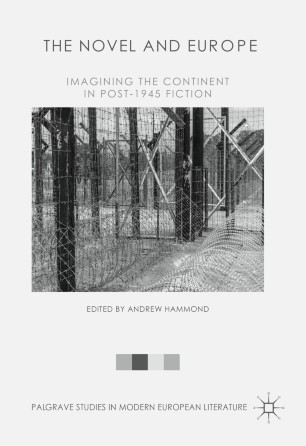 The Novel and Europe

This book examines the ways in which fiction has addressed the continent since the Second World War. Drawing on novelists from Europe and elsewhere, the volume analyzes the literary response to seven dominant concerns (ideas of Europe, conflict, borders, empire, unification, migration, and marginalization), offering a ground-breaking study of how modern and contemporary writers have participated in the European debate. The sixteen essays view the chosen writers, not as representatives of national literatures, but as participants in transcontinental discussion that has occurred across borders, cultures, and languages. In doing so, the contributors raise questions about the forms of power operating across and radiating from Europe, challenging both the institutionalized divisions of the Cold War and the triumphalist narrative of continental unity currently being written in Brussels.

“An eminently timely and fascinating collection of essays, tightly focused on Europe at a time of maximum anxiety about the region. Combining regional and larger geopolitical questions about Europe and European integration, the choice of texts foregrounds marginal and neglected ethnicities and regions, enabling a forceful testing of the European project. This will be a book that most researchers of the cultural side to European integration (an emerging and very important field), as well as scholars of modern languages, comparative literature, and the contemporary novel, will want on their shelves.” (Adam Piette, Professor of Modern Literature, University of Sheffield, UK)