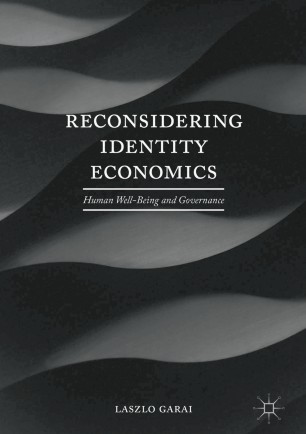 This book presents an unorthodox identity economics that approaches social identity through a non-classical psychology. Garai applies the modern physics concept of wave-particle duality to economic psychology, finding a corresponding duality in object-oriented activity and historically generated social identity. These two factors interconnect to create a double-storied structure of social identity and its behavioral manifestations. The book then presents a calculation device for mediating between behavioral and identity economics. Garai then applies all these factors to two socioeconomic systems developed during the second modernization: Bolshevik-type “socialism” and post-Bolshevik “capitalism.” In this context, he examines the Eastern Bloc nomenklatura as a duality of bureaucratic and patron-client organization (“state and party”) and the establishment of both today's material capitalism and its other half: human capital economics.
“Laszlo Garai's Reconsidering Identity Economics gives a new theory that intertwines people’s psychology and their economics: their psychology (and especially their identities) is the result of their economic environment; their economic environment is the result of their psychology. Garai illustrates this new view of economics and psychology with applications that are drawn from his lifelong experience and that will fascinate all readers.”
—George Akerlof, Nobel Laureate in Economics, 2001

Laszlo Garai was the Founder and Head of the Departments of Economic Psychology at the University of Szeged, Hungary, and Nice University, France. He has also taught at Moscow State University, Russia, and branches of California State University at Bakersfield and San Bernardino, USA. He is the author of 21 monographs in Hungarian and Russian on economic, social, and theoretical psychology.

“This book is a unique contribution to economic psychology. It synthesizes the activity approach of the Russian psychological school and the author’s theory of a historically generated social identity. Psychological theory cannot remain the same after the appearance of this volume.” ( V.A.Lektorskiy, Professor, Head of Epistemology Department, Institute for Philosophy, Russian Academy of Sciences, Russia)