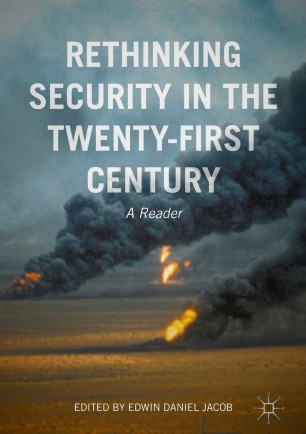 Rethinking Security in the Twenty-First Century

This edited volume helps bridge the elusive gap between theory and practice in dealing with the issue of “security” broadly conceived. A quarter of a century has passed since the crumbling of the Berlin Wall. Yet our notions of security remain mired in Cold War thinking whose realist ethos is predicated on holding the nation state’s power, interests, and survival as the guiding unit of analysis in international relations. Security is ever changing. Confronting new dangers to the individual, the state, and the international order calls for new categories that speak to the new influence of globalization, international institutions, and transnational threats. Composed of original essays by a cosmopolitan mix of leading figures inside and outside the academy, this book proves relevant to any number of classes and courses, and its controversial character makes it all the more necessary and appealing.

Edwin Daniel Jacob is a doctoral candidate of Global Affairs at Rutgers University, USA.  He serves as the New Media Coordinator at the Center for the Study of Genocide and Human Rights. An interdisciplinary background in political theory, international relations, and history informs his focus on American homeland security and foreign policy.