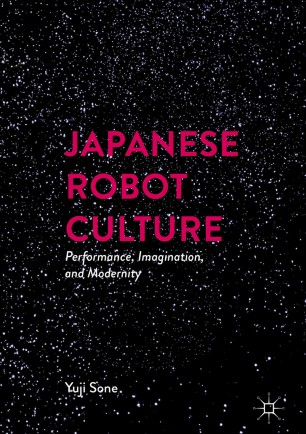 Japanese Robot Culture examines social robots in Japan, those in public, domestic, and artistic contexts. Unlike other studies, this book sees the robot in relation to Japanese popular culture, and argues that the Japanese ‘affinity’ for robots is the outcome of a complex loop of representation and social expectation in the context of Japan’s continuing struggle with modernity. Considering Japanese robot culture from the critical perspectives afforded by theatre and performance studies, this book is concerned with representations of robots and their inclusion in social and cultural contexts, which science and engineering studies do not address. The robot as a performing object generates meaning in staged events and situations that make sense for its Japanese observers and participants. This book examines how specific modes of encounter with robots in carefully constructed mises en scène can trigger reflexive, culturally specific, and often ideologically-inflected responses.