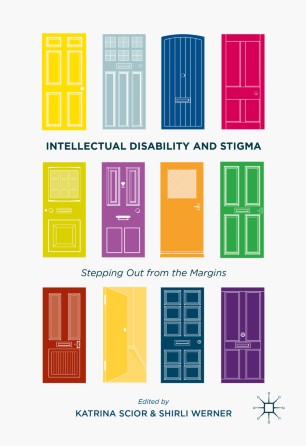 Stepping Out from the Margins

“Scior and Werner have assembled a masterful team of scientists and advocates to summarize the state of research on the stigma of intellectual disabilities.” - Patrick W. Corrigan Distinguished Professor of Psychology, Illinois Institute of Technology, USA
“This book will help expose generations of often unconscious bias while opening many eyes to the possibility of a more welcoming future.”- Timothy Shriver, Chairman of Special Olympics
This book examines how intellectual disability is affected by stigma and how this stigma has developed. Around two per cent of the world's population have an intellectual disability but their low visibility in many places bears witness to their continuing exclusion from society. This prejudice has an impact on the family of those with an intellectual disability as well as the individual themselves and affects the well-being and life chances of all those involved. This book provides a framework for tackling intellectual disability stigma in institutional processes, media representations and other, less overt, settings. It also highlights the anti-stigma interventions which are already in place and the central role that self-advocacy must play.
Katrina Scior, is Senior Lecturer in Clinical Psychology at University College London, UK.  She has published widely on stigma associated with intellectual disability, and is concerned with identifying effective interventions to tackle such stigma in diverse cultural and economic contexts.
Shirli Werner is Senior Lecturer at the Paul Baerwald School of Social Work and Social Welfare, Hebrew University of Jerusalem, Israel. Shirli has published widely on intellectual disability stigma theory and measurement, public stigma, stigma held by service providers and impact of stigma on family members.