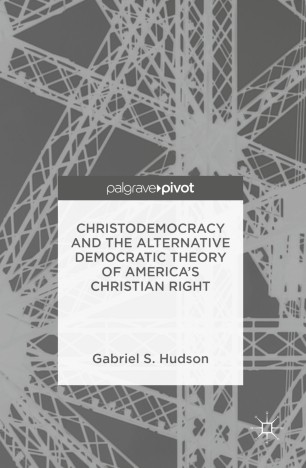 Christodemocracy and the Alternative Democratic Theory of America’s Christian Right

This book evaluates the democratic theory of America’s Christian Right (CR). The CR has been examined extensively in academic literature. However, most analyses focus on its origins, policy preferences, or successful mobilization. Hudson instead examines the normative assumptions about governance that inform CR activism. The CR has its own answers to the core questions asked in democratic theory, such as “What legitimizes power?” and “What is the proper relationship between the state and the individual?”   The author outlines ten normative assumptions of the CR and compares each to its counterpoint in liberal democratic theory. Much of what the CR believes about democracy comes from the same authors as modern and postmodern democratic theory but differs in its interpretation and application. The book describes in detail the theory of CR and demonstrates how the CR operates from a different view of governance than is usually associated with the United States.