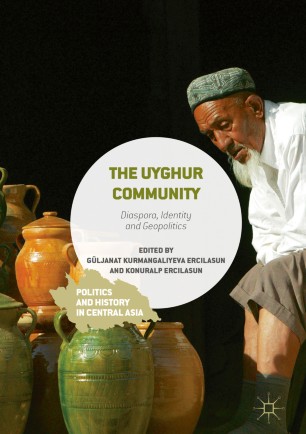 This book analyses the Uyghur community, presenting a brief historical background of the Uyghurs and debating the challenges of emerging Uyghur nationalism in the early 20th century. It elaborates on key issues within the community, such as the identity and current state of religion and worship. It also offers a thoughtful and comprehensive analysis of the Uyghur diaspora, addressing the issue of identity politics, the position of the Uyghurs in Central Asia, and the relations of the Uyghurs with Beijing, notably analyzing the 2009 Urumqi clashes and their long term impact on Turkish-Chinese relations. Re-examining Urghur identity through the lens of history, religion and politics, this is a key read for all scholars interested in China, Eurasia and questions of ethnicity and religion.

Dr Güljanat Kurmangaliyeva Ercilasun is Associate Professor of History at the Department of Modern Turkic Studies, Gazi University, Ankara, Turkey. Her research focuses on the political and socio-cultural history of the Kazakhs and Kyrgyzs in the 19th-20th centuries; philology, intelligentsia, religion, and family institutions, as well as oral history.

Dr Konuralp Ercilasun is Professor of History at Gazi University, Ankara, Turkey. He works on the history of Kashgar, as well as various topics such as Xiongnu, Bishkek, the Silk Road and issues pertaining to the modern history of Central Asia.

“The Uyghur Community is an exciting volume encompassing various topics centred around the Uyghurs inside and outside the PRC. It gives the reader valuable insights not only about the roots of mistrust between the Chinese (Han) and Uyghur but it also explains the causes of rising nationalism in the region. What the reader might find particularly interesting is the description of the Uyghur diaspora and its role in the geopolitics and the bilateral relations between Turkey and the PRC.” (Martin Lavička, Asian Ethnicity, January, 2019)​
Buy options