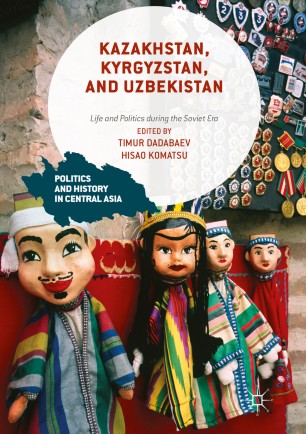 Life and Politics during the Soviet Era

This volume offers perspectives from the general public in post-Soviet Central Asia and reconsiders the meaning and the legacy of Soviet administration in Kazakhstan, Kyrgyzstan and Uzbekistan. This study emphasizes that the way in which people in Central Asia reconcile their Soviet past to a great extent refers to the three-fold process of recollecting their everyday experiences, reflecting on their past from the perspective of their post-Soviet present,  and re-imagining. These three elements influence memories and lead to selectivity in memory construction. This process also emphasizes the aspects of the Soviet era people choose to recall in positive and negative lights. Ultimately, this book demonstrates how Soviet life has influenced the identity and understanding of self among the population in post-Soviet Central Asian states.