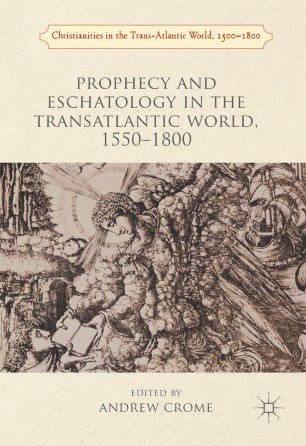 Prophecy and Eschatology in the Transatlantic World, 1550−1800

Prophecy and millennial speculation are often seen as having played a key role in early European engagements with the new world, from Columbus’s use of the predictions of Joachim of Fiore, to the puritan ‘Errand into the Wilderness’. Yet examinations of such ideas have sometimes presumed an overly simplistic application of these beliefs in the lives of those who held to them. This book explores the way in which prophecy and eschatological ideas influenced poets, politicians, theologians, and ordinary people in the Atlantic world from the sixteenth to the late eighteenth century. Chapters cover topics ranging from messianic claimants to the Portuguese crown to popular prophetic almanacs in eighteenth-century New England; from eschatological ideas in the poetry of George Herbert and Anne Bradstreet, to the prophetic speculation surrounding the Evangelical revivals. It highlights the ways in which prophecy and eschatology played a key role in the early modern Atlantic world.
Andrew Crome is Lecturer in Religions and Theology at the University of Manchester, UK. He researches English religious history, apocalypticism, and religion and contemporary popular culture. He is author ofThe Restoration of the Jews: Early Modern Hermeneutics, Eschatology, and National Identity in the Works of Thomas Brightman (2014).