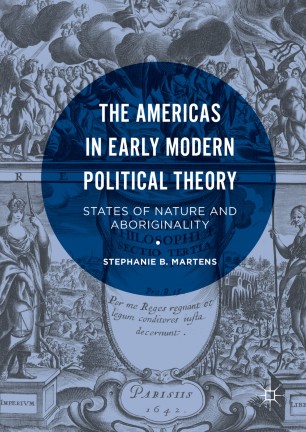 States of Nature and Aboriginality

This book examines early modern social contract theories within European representations of the Americas in the 16th and 17th century.  Despite addressing the Americas only marginally, social contract theories transformed American social imaginaries prevalent at the time into Aboriginality, allowing for the emergence of the idea of civilization and the possibility for diverse discourses of Aboriginalism leading to excluding and discriminatory forms of subjectivity, citizenship, and politics.  What appears then is a form of Aboriginalism pitting the American/Aboriginal other against the nascent idea of civilization.  The legacy of this political construction of difference is essential to contemporary politics in settler societies.  The author shows the intellectual processes behind this assignation and its role in modern political theory, still bearing consequences today.  The way one conceives of citizenship and sovereignty underlies some of the difficulties settler societies have in accommodating Indigenous claims for recognition and self-government.