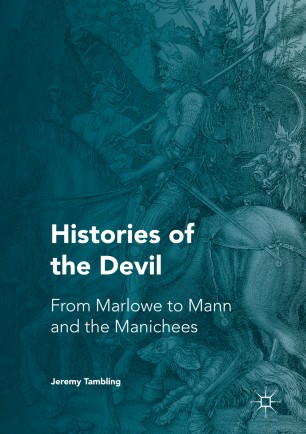 Histories of the Devil

From Marlowe to Mann and the Manichees

This book is about representations of the devil in English and European literature. Tracing the fascination in literature, philosophy, and theology with the irreducible presence of what may be called evil, or comedy, or the carnivalesque, this book surveys the parts played by the devil in the texts derived from the Faustus legend, looks at Marlowe and Shakespeare, Rabelais, Milton, Blake, Hoffmann, Baudelaire, Goethe, Dostoevsky, Bulgakov, and Mann, historically, speculatively, and from the standpoint of critical theory. It asks:  Is there a single meaning to be assigned to the idea of the diabolical? What value lies in thinking diabolically? Is it still the definition of a good poet to be of the devil's party, as Blake argued?