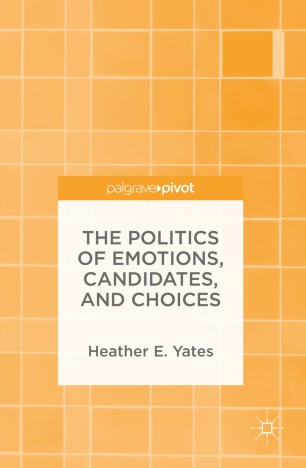 The Politics of Emotions, Candidates, and Choices

This book dynamically shows that political campaigns matter to electoral outcomes, by analyzing the dynamics of emotional voter and decision-making over the course of three presidential elections between 2004 and 2012.  Each presidential campaign reflects a unique tone and electoral mood, which influences voters’ perceptions of electoral choices and a candidate’s image. Controlling for the idiosyncratic nature of a campaign environment and a candidate’s message, this analysis isolates specific emotional dimensions that were influential on voters’ appraisals of specific campaign issues. Relying on the Affective Intelligence theory and the Transfer-of-Affect thesis to narrative the causal relationships between voters’ emotional responses and issue appraisals, the author illustrates specific contexts where voters’ emotional responses toward presidential candidates are interpreted as trusted political cues and therefore, get transferred to their beliefs about certain policies.