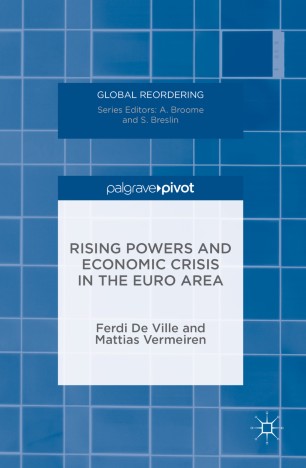 Rising Powers and Economic Crisis in the Euro Area

In this book,  Ferdi De Ville and Mattias Vermeiren examine the linkages between the economic crisis in the euro area and the rise of Brazil, India and China (BICs) in the global monetary and trading system.  Drawing on the insights of the comparative capitalism literature, the authors show that the latter development has been a key source of the escalation of trade imbalances in the euro area, which are widely seen as an important cause of the financial and economic crisis in the region. By pointing to the external source of these imbalances and the divergent institutional capacity of the euro area countries to deal with the intensified competition associated with the rise of the BICs, De Ville and Vermeiren go beyond the focus on the divergence in unit labor costs as the driving force of these imbalances. As such, this book provides a comprehensive policy critique of the EU’s export-led growth strategy based on declining unit labor costs.