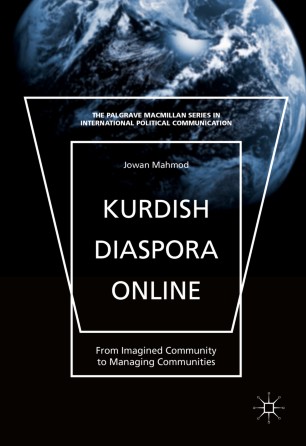 From Imagined Community to Managing Communities

The argument offered in this book is that new technology, as opposed to traditional media such as television, radio and newspaper, is working against the national grain to weaken its imagined community. Online activities and communications between people and across borders suggest that digital media has strong implications for different articulations of identity and belongingness, which open new ways of thinking about the imagined community. The findings are based on transnational activities by Kurdish diaspora members across borders that have pushed them to rethink notions of belonging and identity. Through a multidisciplinary and comparative approach, and multifaceted (online-offline) methodologies, the book unveils tensions between new and old media, and how the former is not only changing social relations but also exposing existing ones. Living in two or more cultures, speaking multiple languages, and engaging in transnational practices, diaspora individuals may have created a momentum that discloses how the imagined nation is diminishing in this digital era.

Jowan Mahmod completed her PhD at Goldsmiths, University of London, UK. She obtained her BA and MA in Media and Communications at Uppsala University, Sweden. She has worked previously as a PR consultant, editor-in-chief, and editor.