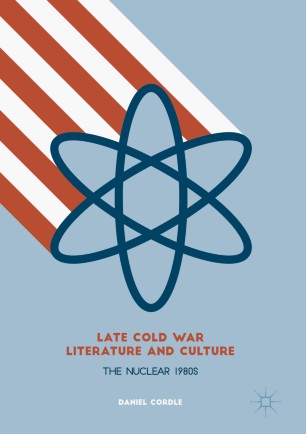 This book analyses the 1980s as a nuclear decade, focusing on British and United States fiction. Ranging across genres including literary fiction, science fiction, post-apocalyptic fiction, graphic novels, children’s and young adult literature, thrillers and horror, it shows how pressing nuclear issues were, particularly the possibility of nuclear war, were and how deeply they penetrated the culture. It is innovative for its discussion of a “nuclear transatlantic,” placing British and American texts in dialogue with one another, for its identification of a vibrant young adult fiction that resonates with more conventionally studied literatures of the period and for its analysis of a “politics of vulnerability” animating nuclear debates. Placing nuclear literature in social and historical contexts, it shows how novels and short stories responded not only to nuclear fears, but also crystallised contemporary debates about issues of gender, the environment, society and the economy.

Daniel Cordle is Reader in English and American Literature at Nottingham Trent University, UK. He has worked extensively on literature and science, and on the literary and cultural representations of nuclear technology. He is the author of numerous articles on these topics and of two monographs: Postmodern Postures: Literature, Science and the Two Cultures Debate (1999) and States of Suspense: The Nuclear Age, Postmodernism and United States Fiction and Prose (2008). At Nottingham Trent he teaches a specialist module in nuclear literature, as well as working across the curriculum in British and American literature, with an emphasis on the twentieth and twenty-first centuries.

“Cordle’s most salient contributions to the scholarship on the anti-nuclear literature of the 1980s involve his choice to discuss numerous works of young adult (YA) and children’s fiction alongside canonical works of nuclear-themed film and fiction geared specifically for adult audiences.” (Derek C. Maus, Orbit, Vol. 7 (1), 2019)

“Late Cold War Literature and Culture is a deeply researched and effectively argued study of a coherent body of 1980s fictional texts that engaged with the dynamics of a revived Cold War and a renewed anxiety regarding nuclear destruction. … the volume makes an important contribution to the study of nuclear war in fiction and will thus be highly useful for sf scholars interested in that topic.” (Rob Latham, Science Fiction Studies, Vol. 46, 2019)

“Daniel Cordle’s Late Cold War Literature and Culture: The Nuclear 1980s works to examine the underlying social, political, economic and cultural anxieties during the Cold War era. … The Nuclear 1980s is a helpful introduction to nuclear literature and culture. … Cordle’s book shows how complex anxieties pervade through different aspects of life in the late Cold War era, and successfully captures the intriguing nuances of the nuclear age.” (Carl White, The British Society for Literature and Science, bsls.ac.uk, August, 2017)
Buy options