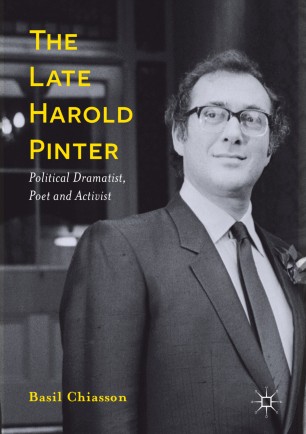 “This book will prove to be one of the most valuable contributions to Pinter scholarship since Harold Pinter’s death. Chiasson's consideration of the impact of his plays, poetry and polemic directly upon the body of audience members, as a function of their aesthetic structure, is a crucial contribution to understanding of that author’s work. For the first time, we have a substantial appreciation of Pinter’s late poetry and a clear contextualisation of his Nobel Prize lecture within and against his artistic objectives.”

"This strikes me as a highly valuable re-assessment of Pinter's later plays, poems and speeches. It scotches the myth that it represents either a serious decline in his powers or a radical departure from his earlier work. It makes us look at Pinter through fresh eyes."

This volume is the first to provide a book-length study of Pinter’s overtly political activity. With chapters on political drama, poetry, and speeches, it charts a consistent tension between aesthetics and politics through Pinter’s later career and defines the politics of the work in terms of a pronounced sensory dimension and capacity to affect audiences. The book brings to light unpublished letters and drafts from the Pinter Archive in the British Library and draws his political poems and speeches, which have previously been overshadowed by his plays, into the foreground. Intended for students, instructors, and researchers in drama and theatre, performance studies, literature, and media studies, this book celebrates Pinter’s later life and work by discerning a coherent political voice and project and by registering the complex ways that project troubles the divide between aesthetics and politics.