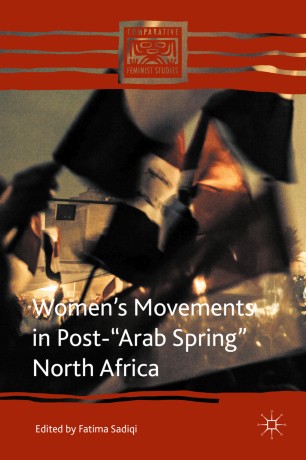 Unexpected and transformative revolutions broke off in North Africa and quickly spread to the Middle East and the rest of the world in 2010 and 2011. Spontaneous, leaderless, youth-driven, and backed by social media, these revolutions called for karamah (dignity) and democracy. Centering on women's movements before, during, and after the revolutions, Women's Movements in Post-"Arab Spring" North Africa highlights the broader sources of authority that affected the emergence of new feminist actors and agents and their impact on the sociopolitical landscapes of the region. Until recently, studies of North African women's movements have focused on aspects of women's achievements one at a time. By providing a comparative analysis, this book is the first to shed light not only on the role that these superstructures play in shaping women's experiences in North Africa, but also on the rich variety of women's responses to authority and their potential contributions to African and global feminist thought. From the pre-history of the revolutions to their aftermath, the far-reaching historical and national scope of this collection expands the study of women's movements in North Africa beyond national borders, while still paying close attention to local characteristics.