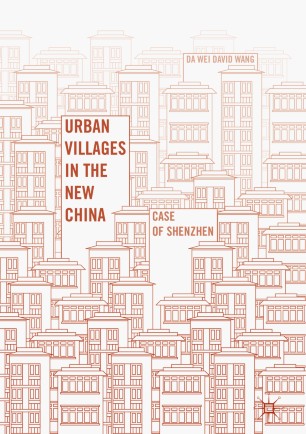 Urban Villages in the New China

Focusing on Shenzhen as a representation of the general urban village phenomenon in China, this book considers the impact of China’s economic reform on urbanization and the urban villages over the past three decades. Shenzhen’s urban villages are some of the first of their kind in China, unique in their diversity and organizational capacity, but most notably in their ability to protect village culture whilst coexisting with Shenzhen, one of the fasted urbanizing cities on earth. Providing a study of regional contrast of urban villages in China with newly collected field work materials from Guangzhou, Beijing, and Xi’an, this book also considers recent developments within urban villages, including attempts of marketization of the so called xiao chanquanfang (the quintessential urban village apartment units). It also addresses the corruption scandals that engulfed some urban villages in late 2013. Through cutting edge field work, the author offers a cross disciplinary study of the history, culture, socio-economic changes and migration of the villages which are arguably embody Chinese social mobility in an urban form.