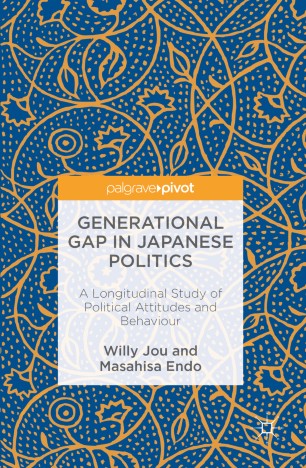 A Longitudinal Study of Political Attitudes and Behaviour

After decades of stable and seemingly semi-permanent single-party dominance, Japanese politics have gone through fundamental changes since the early 1990s. Government ministries have been reorganised, prime ministerial powers strengthened, and rules for electing the lower house of parliament overhauled. Furthermore, frequent formation, merger, splintering and disappearance of new parties have continued for more than two decades.
How do citizens make sense of politics amidst such rapid shifts? The authors address this question by focusing on attitudinal and behavioural changes and continuities with respect to political ideology. They explore what issues citizens associate with ideological terms, where they perceive various parties on a conservative-progressive dimension, and to what extent ideology affects their vote choice. Results of new surveys are also presented to shed light on distinctions between different ideological labels and profiles of radical right supporters. In addition, all topics are discussed with an eye to identifying divergent patterns between older and younger generations.

Willy Jou is an associate professor at Waseda University in Japan. He received a PhD in political science from the University of California, Irvine, and has written on attitudes towards the political system, understanding of ideology, and electoral systems.  He is the co-author of Why Policy Representation Matters.
Masahisa Endo is a lecturer at the Faculty of Humanities and Economics, Kochi University in Japan. His research interests span voting behaviour, electoral mobilization, party politics, and survey methodology. His work has appeared in Japan Decides 2014: Japanese General Election. He holds an MA in Government from Cornell University, USA.