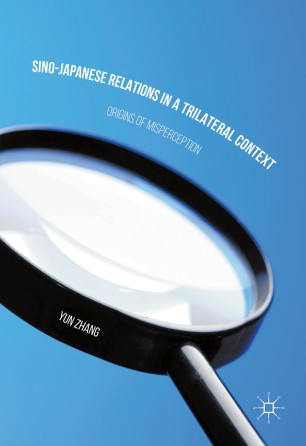 Sino-Japanese Relations in a Trilateral Context

This book explains the increasingly turbulent Sino–Japanese relations since the 2000s by innovatively investigating the formation mechanism of mutual misperception deeply rooted in China-Japan-U.S. trilateral structural dynamics. The political and security relationship has been increasingly deteriorating against the high interdependency between the world’s second and third largest economies. More ironically, both sides have also shown the intent and made efforts to improve bilateral ties. The author systematically conducts a focused comparison of the evolution of the Sino-Japanese mutual perceptions and policies toward one another during the past decade and a half. Empirically, Yun Zhang closely examines five case studies that provide insights to IR students and scholars and policy makers on how misperception and mistrust have formed, replicated, and intensified.