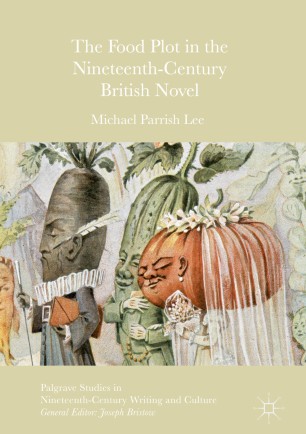 The Food Plot in the Nineteenth-Century British Novel

This book is about food, eating, and appetite in the nineteenth-century British novel. While much novel criticism has focused on the marriage plot, this book revises the history and theory of the novel, uncovering the “food plot” against which the marriage plot and modern subjectivity take shape. With the emergence of Malthusian population theory and its unsettling links between sexuality and the food supply, the British novel became animated by the tension between the marriage plot and the food plot. Charting the shifting relationship between these plots, from Jane Austen’s polite meals to Bram Stoker’s bloodthirsty vampires, this book sheds new light on some of the best-know works of nineteenth-century literature and pushes forward understandings of narrative, literary character, biopolitics, and the novel as a form.

From Austen to Zombies, Michael Parrish Lee explores how the food plot conflicts with the marriage plot in nineteenth-century literature and beyond, and how appetite keeps rising up against taste and intellect. Lee’s book will be of interest to Victorianists, genre theorists, Food Studies, and theorists of bare life and biopolitics. - Regenia Gagnier, Professor of English, University of Exeter

In The Food Plot Michael Lee engages recent and classic scholarship and brings fresh and provocative readings to well worked literary critical ground. Drawing upon narrative theory, character study, theories of sexuality, and political economy, Professor Lee develops a refreshing and satisfyingly deep new reading of canonical novels as he develops the concept of the food plot.  The Food Plot should be of interest to specialists in the novel and food studies, as well as students and general readers. - Professor April Bullock, California State University, Fullerton, USA