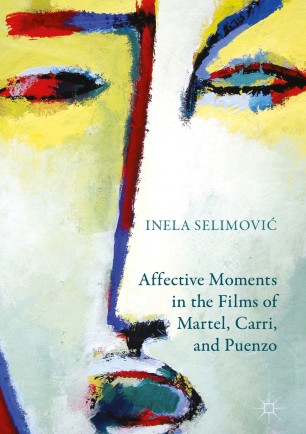 Affective Moments in the Films of Martel, Carri, and Puenzo

This book studies the intimate tensions between affect and emotions as terrains of sociopolitical significance in the cinema of Lucrecia Martel, Albertina Carri, and Lucía Puenzo. Such tensions, Selimović argues, result in “affective moments” that relate to the films’ core arguments. They also signal these filmmakers’ novel insights on complex manifestations of memory, desire, and violence. The chapters explore how the presence of pronounced—but reticent—affect complicates emotional bonding in the everydayness depicted in these films. By bringing out moments of affect in these filmmakers’ diegetic worlds, this book traces the ways in which subtle foci on gender, class, race, and sexuality correlate in these Argentine women’s films.

“This book is a much needed and rigorous examination of contemporary Argentine cinema, which focuses on the highly original and controversial films by Lucrecia Martel, Albertina Carri, and Lucía Puenzo. Selimović's solid analyses are based on her remarkable knowledge of feminist theory and thus provide valuable insights about new subjectivities in the twenty-first century.” (Carolina Rocha, Professor of Spanish and Latin American Studies at Southern Illinois University Edwardsville, USA)

"Selimović’s monograph is a rich, complex, and groundbreaking study on the tremendous importance of the affective dimension in contemporary Latin American women’s filmmaking. Her research places great emphasis on the role of children in grounding affect in the films she analyses. Children were particularly vulnerable social subjects during the time of the putative Dirty War and the neofascist military dictatorship in Argentina (1976-1983). And children have been the concomitant focus of many educational and social reforms in Argentina subsequent to the military tyranny. Torn often between competing versions of the past, children in Argentina are often forced to resolve historical conflicts their elders not only created, but are themselves powerless to resolve. This dimension provides Selimović's study with a significant basis for viewing the role of affect in the films she examines." (David William Foster, Regents' Professor of Spanish and Women and Gender Studies, Arizona State University, USA)
Buy options