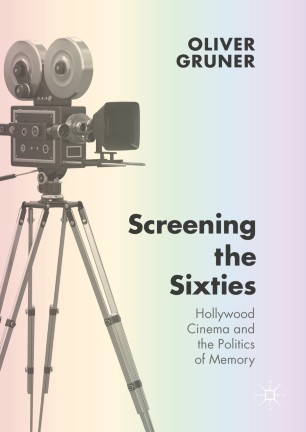 Hollywood Cinema and the Politics of Memory

This book provides a detailed and engaging account of how Hollywood cinema has represented and ‘remembered’ the Sixties. From late 1970s hippie musicals such as Hair and The Rose through to recent civil rights portrayals The Help and Lee Daniels’ The Butler, Oliver Gruner explores the ways in which films have engaged with broad debates on America’s recent past. Drawing on extensive archival research, he traces production history and script development, showing how a group of politically engaged filmmakers sought to offer resonant contributions to public memory. Situating Hollywood within a wider series of debates taking place in the US public sphere, Screening the Sixties offers a rigorous and innovative study of cinema’s engagement with this most contested of epochs.
Oliver Gruner is a Senior Lecturer in Visual Culture at the University of Portsmouth, UK. He has written on subjects including the historical film, the Sixties and cultural memory. His work has been published in the journals Rethinking History and the Historical Journal of Film, Radio and Television as well as various edited collections.