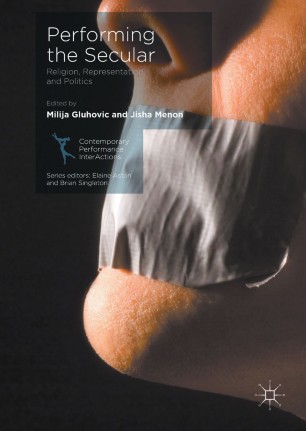 With a foreword from Rustom Bharucha, this book is a timely anthology which aims to unsettle our habituated modes of thinking about the place of the secular in cultural productions. The last decade alone has witnessed many religious protests against cultural productions, which have led, in some cases, to the closure of theatre and opera performances. Threats to artists led to the exile of Indian painter, MF Husain, and murder of Dutch film-maker Theo van Gogh, the controversy over the depiction of the Islamic prophet Muhammad in the Danish newspaper Jyllands-Posten in 2005 led to the cancellation of performances of Mozart’s Idomeneo for the season.

Offering fresh and provocative readings that probe the limits and promise of secularity in relation to questions of performance, politics, and the public sphere, this book will be invaluable to scholars who seek to understand the dramatic rise of politicized theology in our new century.

Milija Gluhovic is Associate Professor of Theatre and Performance at the University of Warwick, UK. His monograph Performing European Memories: Trauma, Ethics, Politics and an edited volume titled Performing the ‘New’ Europe: Identities, Feelings, and Politics in the Eurovision Song Contest (with Karen Fricker) were published in 2013.

Jisha Menon is Associate Professor of Theatre and Performance Studies at Stanford University, USA. She is the author of The Performance of Nationalism: India, Pakistan, and the Memory of Partition (2013) and co-editor of Violence Performed (2009).