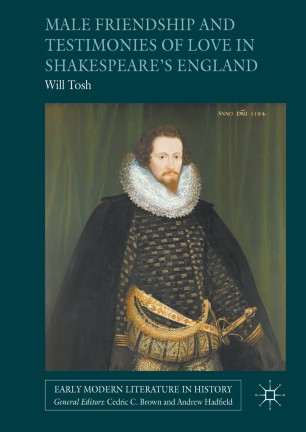 Male Friendship and Testimonies of Love in Shakespeare’s England

Male Friendship and Testimonies of Love in Shakespeare’s England reveals the complex and unfamiliar forms of friendship that existed between men in the late sixteenth century. Using the unpublished letter archive of the Elizabethan spy Anthony Bacon (1558-1601), it shows how Bacon negotiated a path through life that relied on the support of his friends, rather than the advantages and status that came with marriage. Through a set of case-studies focusing on the Inns of Court, the prison, the aristocratic great house and the spiritual connection between young and ardent Protestants, this book argues that the ‘friendship spaces’ of early modern England permitted the expression of male same-sex intimacy to a greater extent than has previously been acknowledged.