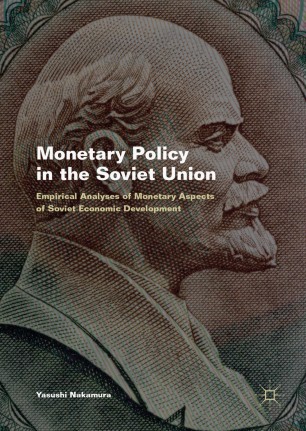 This book sheds light on ​the Soviet economic system, which claimed the eventual abolition of money, collapsed following a monetary turmoil. It argues that the cause of the economic collapse was embedded in the design of the economic system. The Soviet economic system restricted the market, but continued to use fiat money. Consequently, it faced the question for which no feasible answer seemed to exist: how to manage fiat money without data and information generated by the market? Using Soviet data newly available from the archives, the book evaluates the performance of the components of monetary management mechanism, discovers the continuous accumulation of open and secret government debts, and quantitatively analyzes the relationship between economic growth and the money supply to support the argument. The book concludes that the Soviet economic collapse marked the end of the long history of Soviet monetary mismanagement.

Yasushi Nakamura is a Professor at Yokohama National University, Japan.