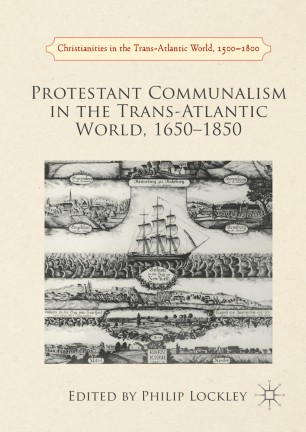 Protestant Communalism in the Trans-Atlantic World, 1650–1850

This book explores the trans-Atlantic history of Protestant traditions of communalism – communities of shared property.

The sixteenth-century Reformation may have destroyed monasticism in northern Europe, but Protestant Christianity has not always denied common property. Between 1650 and 1850, a range of Protestant groups adopted communal goods, frequently after crossing the Atlantic to North America: the Ephrata community, the Shakers, the Harmony Society, the Community of True Inspiration, and others. Early Mormonism also developed with a communal dimension, challenging its surrounding Protestant culture of individualism and the free market. In a series of focussed and survey studies, this book recovers the trans-Atlantic networks and narratives, ideas and influences, which shaped Protestant communalism across two centuries of early modernity.

Philip Lockley has taught history and theology at the University of Oxford, UK, where he has been British Academy Postdoctoral Fellow in the Faculty of Theology and Religion, and College Lecturer in Theology, Trinity College, Oxford.

“Protestant Communalism in the Trans-Atlantic World turns that assumption on its head, exploring in considerable detail the Europeanness of the communal experiments. … what is included here is excellent scholarship, skillfully presented. All in all, Protestant Communalism in the Trans-Atlantic World does an admirable job.” (Timothy Miller, Reading Religion, readingreligion.org, September, 2017)
Buy options